The Kibale National Park is 795 km2 in extent, comprising one of the largest and best-kept tropical forests in Uganda as well as some grassland sections and riverine, and is within easy reach of Queen Elizabeth National Park, Semliki Valley Wildlife Reserve and Semuliki National Park. It is connected to Queen Elizabeth National Park in the south via a long and narrowed 180 kms long wildlife corridor – between Ishasha, the remote southern location of Queen Elizabeth National Park, and Sebitoli in the north of Kibale National Park – that is demarcated as the Kibale National Reserve. Originally gazetted as a forest reserve in 1932 and upgraded in 1993 to National Park status, it contains the high-standing chimpanzees of Uganda that are the biggest crowd pullers of the thirteen primate species thriving here. Kibale is also home to about 70 other mammals and over 350 bird species. 351 tree species have been recorded in the park, some rise to over 55m and are over 200 years old. Were it not for the huge vistas that can only be Africa, the high diversity of the Kibale Forest would be difficult to equate with the tropics. The crispness and coolness of bright days, the rolling morning mist and drizzle on others, seem much more a product of the temperate zone. The Park is highest on the northern tip, at 1,590m (5,216 feet), falling southerly to the lowest point at 1,100m (3,608 feet) on the floor of the Albertine Rift Valley, south. Having offered the chimpanzee trekking tours, other activities at the Park include: The Bigodi Wetland Sanctuary, Kihingami Wetland; exploring the crater lake; and cultural passages into the tribal villages.

In area, this is about 370 km2. Lake Mburo National Park is situated in the lake district of Uganda on altitudes between 1,220 and 1,820 m above sea level, and almost one fifth of the park is considered wetland. The fact that the park lies on the highway that connects Kampala to the highland region in the southwestern makes this a useful stop for travellers. It sits astride a complex of swamplands and Lake Mburo suggest that wildlife is thriving in the area. “Together with 13 other lakes in the area, Lake Mburo forms part of a 50 km-long wetland system linked by attractive swamps. Five of these lakes lie within the park’s borders. Once covered largely by open savanna, Lake Mburo National Park now contains much woodland as there are no elephants to tame the thriving vegetation. In the western part of the park, the savanna is interspersed with rocky ridges and forested gorges while patches of papyrus swamp and narrow bands of calico lush riparian woodland line many lakes” – UWA. At Mbarara, on the road from Kampala, Entebbe and Masaka, just 50 kms from the entrance to Lake Mburo National Park, there is a choice of three roads, running southerly to Kigezi, west to Bunyenyi then north to the Queen Elizabeth National Park, and northerly through Ibanda and Kamwenge to Kibale National Park. If you follow the road toward Kigezi region en route Kabale you will find yourself climbing towards Kigezi. 10 kms before Kikagati, there is a unique attraction. On an island in the middle of the Kagera River, there is a long-standing lodge with superb garden, which attracts ornithologists, anthropologists and fishermen from the world over. The island itself, reached by a bucket lift across the river, is sacred to the Ankole Tribe. It was there that the legendary kings took refuge in time of war against the Batoro, and there that they hid their sacred regalia and mementos including sacred drums which were symbols of kingship. On the way to Kikigati, and onwards to the plains of the Western Ankole, the climb gets steeper, it gets cooler and greener and the scenery is rather spectacular, the road switching back through pine forest. Nearby is Lake Bunyonyi. Kigezi is, of course, home of the Birunga Range and Bwindi Impenetrable National Park where the amazing mountain gorilla can be sighted. This region is also home to the Lake District of Uganda where travellers would be interested to visit Lakes Edward and George.

Is the smallest of Uganda’s savannah national parks and underlain by ancient Precambrian metamorphic rocks which date back more than 500 million years. It is home to 350 bird species as well as zebra, impala, eland, buffalo, oribi, Defassa waterbuck, leopard, hippo, hyena and topi.

One of the popular National Parks in Uganda is the Queen Elizabeth National Park on the western border of Uganda, which includes large portions of Lakes Edward and George, and the picturesque chain of crater lakes which lie beneath the slopes of the Rwenzori Mountains National Park. Along the shores of Lake Edward are to be seen significant herds of elephant, buffalo and scores of hippo, wallowing in the shallows. In the southern quarter of the park is also an equally impressive display of wildlife, among them topi, in their thousands, Ugandan Kob, and the famous tree climbing lions of Uganda – who use the low and leafy branches of the fig trees for shade during the heat of the day, and as a lookout over their hunting domain. At the southern corner of the Park, bordering the littorals of Lakes George and Edward, connected by the Kazinga Channel, is an explosion of birdlife and an enormous concentration of hippo. In this part of the Park, visitors pass through Maramagambo Forest, which is a chimpanzee sanctuary, and also contains a variety of other primates including baboons and colobus monkeys. At the western side of the Park, among the foothills of the Rwenzoris, are picturesque volcanic craters. Queen Elizabeth National Park is a 437 kms drive from Kampala via Masaka and Mbarara. Visitors may stay at the Mweya Safari Lodge, Engiri Game Lodge and Campsite, Queen Elizabeth Bush Lodge, Engazi Game Lodge, among numerous well cited establishments nearby. 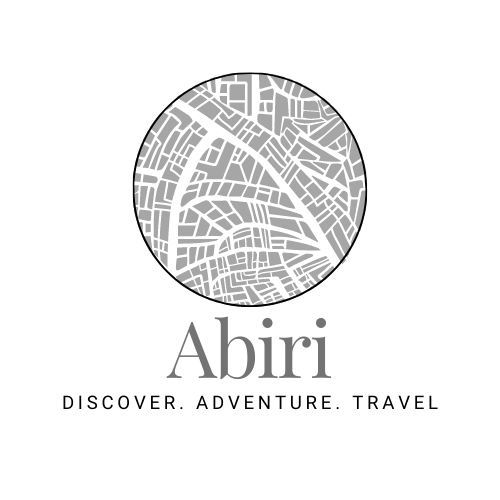